The Country’s top Family Judge, Sir Andrew McFarlane, has described the increasing number of cases in the Family Court as placing “incessant and overwhelming demands on Judges and on the Court system generally”. 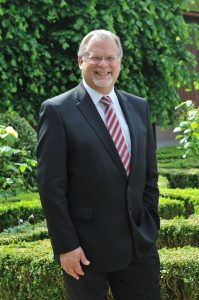 To try and reduce the number of disputes between parents that end up before the Courts, he said that the Government are considering forcing parents to have an initial mediation appointment (known as a MIAM) where this has not happened already, where no exemption has been claimed and there seems to be no safeguarding issue to stand in the way.

While this approach is consistent with the Government’s policy of ensuring parents attempt every other alternative way of resolving their differences out of Court, Paul Kirby, Senior Solicitor in Family & Child Care, comments “It is a well-known and fundamental pillar of the mediation system that parties take part in mediation on a voluntary basis.  Mediation rarely works where one or other of the parties really does not want to be there”.

The number of mediation starts has fallen by 54% since the Legal Aid cuts in 2013.  Paul adds “The lack of Legal Aid in such cases has resulted in a reduced involvement by solicitors, who were previously encouraging clients to engage in mediation”.