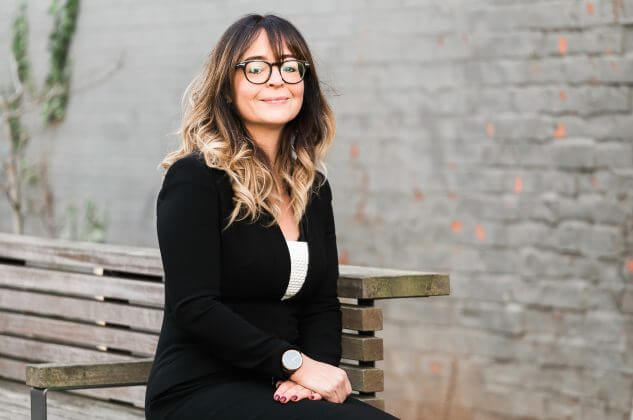 There’s a growing obsession for true crime stories, but for Amelia, it’s is an everyday reality

Amelia Woollen says you need a thick skin, a good dose of empathy as well as to love a good argument. As the new head of criminal law at Williamsons Solicitors taking the reins from Bill Waddington who remains as consultant solicitor in the department and the firm, Amelia spends much of her time at police stations, prisons and courts representing people who face a wide range of criminal offences.  She also gets involved in very serious cases such as rape and murder – and then there are also the regulatory and road traffic offences which keep the department very busy.

But what’s it really like working with people who are accused of criminal offences? And what makes someone choose it as a career?

“I’ve always wanted it do it – it’s the only law I ever wanted to practise as it has always fascinated me. I love crime novels, documentaries and films and I guess, like many, I have a deep curiosity of the subject,” says Amelia who started at Williamsons in a temporary summer secretarial post 12 years’ ago. “I can be called to a police station in the middle of the night to see someone who has been arrested and needs advice in the police interview or find myself in a maximum security prison having a conference with a defendant on a murder charge, with a barrister and a QC. The question a client will often ask is ‘How long am I looking at?’. I can honestly say that the stories in the media about prison being luxurious are way off the mark. Until you see what it is like ‘inside’ and how it affects people, you can’t understand how big the impact of deprivation of liberty is. The moment those prison doors clang behind you, you’re in a completely different world.”

What is it like defending people who are accused of committing crime?

“You end up building relationships with your clients and repeat offenders as you see them so frequently. I often deal with entire families on charges like shoplifting, drug offences and burglary. You need to appreciate and understand that for many, being in and out of the police station, courts, and indeed prison, can be a way of life. For many others, it’s a complete shock when they find themselves in court on something they vehemently deny.”

How do you feel about working for people who’ve been charged with a very serious crime like murder? 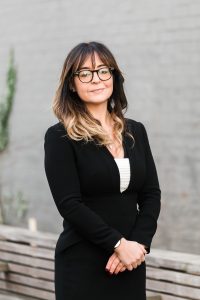 “The question everyone asks of a criminal lawyer is how can you defend someone who has done this, that or the other. The answer to that is simple. Everyone is entitled to representation or there would be no such thing as a fair trial. Being innocent until proven guilty is the foundation of our justice system. It’s not our job to judge or condemn, but to represent, advise and assist. I do not know someone is guilty of an offence unless they tell me that they have done it. If the evidence is overwhelming, our advice will be to accept that and plead guilty and it’s then about getting the right and fair sentence for them. If someone says ‘I’ve done it but can you get me off?’, then you can’t represent them at a trial and if they wanted to deny it in spite of their admission to me, they’d need to find another lawyer. I could still represent them and put forward mitigation if they confirmed they were pleading guilty. We are officers of the court and have a duty to the court not to mislead.”

Worst and best thing about the job?

“The legal aid cuts are a nightmare and they are ongoing. It’s stopping new solicitors choosing to practise criminal law, so there is little new blood – in fact, I am one of the youngest criminal law solicitors in Hull! The best thing about the job is, without doubt, the variety, and working with an amazing team of people. Nothing beats succeeding on a trial where you know that is completely the right result.”

Couch to 13 miles and other important things

“I was looking for a new challenge and I did a ‘Couch to 5K’ over last summer and got the running bug! I’m training now for a half marathon with my husband at Disneyland. It’s been a total turnaround and I feel it has changed my life. I also get exercise with our dog Bauer. He’s like our baby as we don’t have kids. I spend a great deal of time with my family including many nieces and nephews who I adore and spoil.

“I am often asked why I practise law in my maiden name of Woollen and I always say that is who my clients know me as. I also think that keeping my name would have made my Dad very proud. We lost him a few years ago when he was in his sixties – far too young and I miss him all the time.”

On February 1, Amelia Woollen took over as head of the criminal law department from Bill Waddington, who after 20 years with Williamsons, is now a consultant solicitor with the department and the firm.