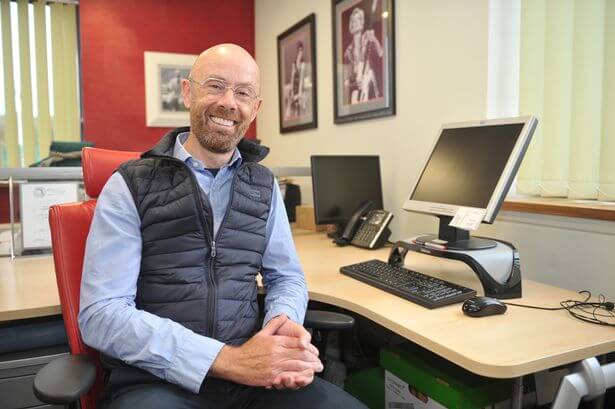 East Yorkshire’s latest High Sheriff has been sworn in – in a very unusual ceremony.

Andrew Horncastle MBE took over as High Sheriff of the East Riding of Yorkshire from Susan Stephenson on April 9th in a ceremony conducted over video conferencing software Zoom.

The handover was due to take place at the Tickton Grange Hotel, near Beverley, marked by a traditional, formal occasion to be attended by a range of local dignitaries.

But due to restrictions around COVID-19, this had to be abandoned and replaced with the video conference.

As well as Andrew and his wife Carole, the online gathering was attended by the Lord Lieutenant Jim Dick OBE, outgoing High Sheriff Susan Stephenson, Head Magistrate Andrew McCormack JP, Under Sheriff Sarah Clubley from Williamsons Solicitors, and was presided over by Resident Judge, His Honour John Thackray QC.

Judge Thackray welcomed everyone to the ceremony and invited the outgoing High Sheriff to present the Warrant of Appointment, which was read by the Under Sheriff.

Mr Horncastle then swore his Declaration of Office and signed the document. In the absence of a formal gathering, his wife, Carole, then placed the Badge of Office around his neck, something usually undertaken by the outgoing High Sheriff.

After a round of applause and a few words of congratulations, a glass was raised to welcome the new High Sheriff into office.

Mr Horncastle, who is chairman of leading commercial property developer the Horncastle Group PLC, said the online handover wasn’t what he envisaged when he agreed to take on the role, but it was important to adapt to the current environment.

He said: “Normally, there would be a traditional swearing in ceremony when the outgoing High Sheriff officially hands over to the new High Sheriff in the presence of an invited audience.

“However, with everyone now in lockdown due to COVID-19, this simply wasn’t possible or the responsible thing to do, so we had to find an alternative solution.

“Most businesses have turned to video conferencing to hold meetings in these challenging times and we knew it was an effective way of working, so that is what we decided to do.

“It’s doesn’t quite have the grandeur of the traditional ceremony in the beautiful settings of, for example, the Tickton Grange Hotel, but we got the job done and that was our main priority.”

Mr Horncastle is a long-time benefactor to many good causes in Hull and the East Riding, including the Daisy Appeal, CAT ZERO, St Paul’s Boxing Academy, the Prince’s Trust, and others.

He is also a founding member of business and economic support group, For Entrepreneurs Only (FEO).

He said he would use the office of High Sheriff to support the Judiciary and all who maintain the Queens Peace, those who protect and support fellow citizens and also work to raise awareness of and support those who volunteer their time skills and commitment to helping others.

Mr Horncastle said: “My reason for accepting the offer to become High Sheriff of the East Riding of Yorkshire was to be able to further support the local charities in which I am involved and to help local people. We need our third sector, and what they achieve is often brilliant.

“I felt holding the office of High Sheriff would be an opportunity to raise the profile of the great community foundations and charitable organisations we have in the region and support them in continuing to do the fantastic work they do.”